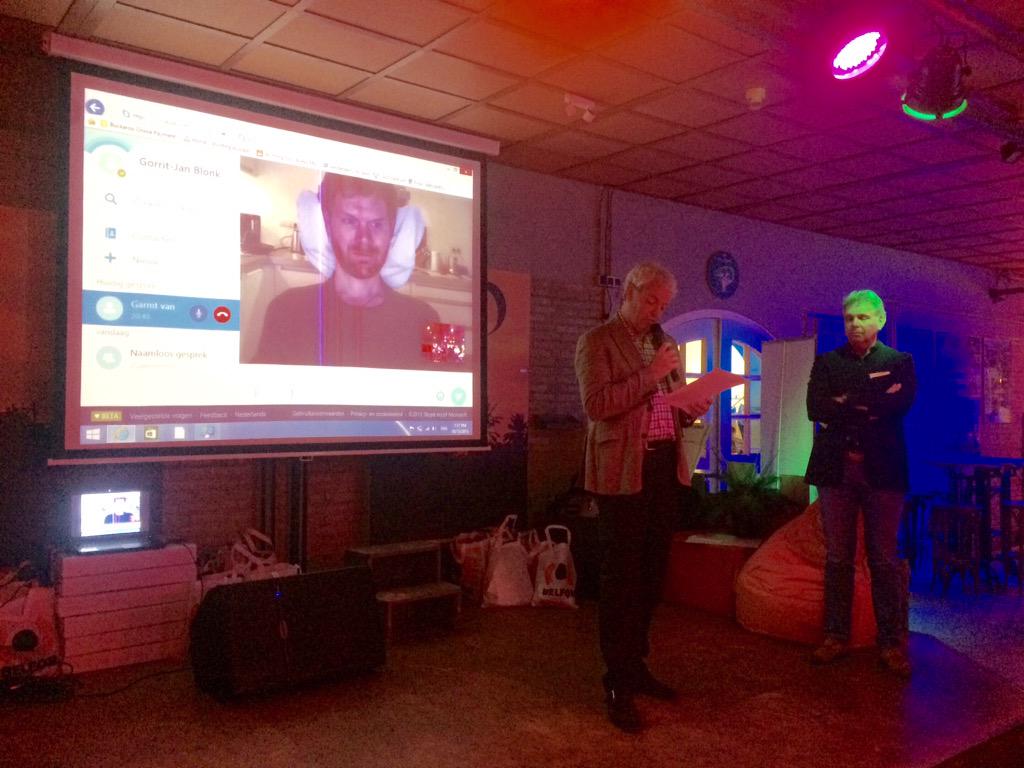 My next blog is for Accenture, specifically the Country Managing Director, Manon. It can be found here: http://www.accenture-blogpodium.nl/column/essential-communication/.

This one is a bit of a lecture, folks. I guess it is my way of dealing with disappointment.

ALS medicine is a tricky business. The best way to introduce this is with an old joke:
So I took a train the other day. No, that is not the joke. I studied in my pre-BMW days. Well, studied… I was a student. And I took the train every so often. One day I sit across from this weird looking fella who was tearing a newspaper into very thin, long strips. Each time he completed a strip, he rubbed it on his sweater, got up slowly, opened the train window, and threw it outside. I couldn’t help myself and burst out: “Why, dude, why!?” His response was a deadly serious look and a whispered response, “This prevents elephant stampedes.”
“But… There are no elephants anywhere near!”, I retorted. One corner of his mouth curled up, he looked at me like I was catching on. “See, you should be thanking me!”
This has nothing to do with ALS research. But imagine that this man is the ruler of the empire you live in, and that you have to convince him that strips of newspaper do not, in fact prevent elephant stampedes. That is kind of what it feels like, drug trials.
So let me explain why it feels like that but actually isn’t.
It feels like that because you have ALS and one day read about an exciting new drug, that has passed a number of safety tests in humans and even shows positive results in some trials. Let me spell that out for you. You are sitting in a supersonic train towards certain death, going straight through hell, and you here rumours about an emergency break. Wow! Here you were, sure there was no hope (on the river), and all of a sudden, here it is! Maybe all those nightmare stories that you have been writing can be thrashcanned after all! So… You will do ANYTHING to get your hands on this stuff!! You read about stem cells, and how one person recovered so much on them that he was able to walk again! Without a cane! Or the promise of a completely novel type of drug that shows hugely statistically significant results in seven out of eight patients! I have probably once known what ‘significant’ means, so, jay, good news! Get me those drugs, and get them to me now! I will kill anyone who stands between me and those lifesavers and yes I realise that that is ironic, like fighting for peace is like fucking for virginity but I don’t care because I am dying from ALS so fuck you! Please? Don’t you get it? All I want is a little hope!
So I drive to the farmacy and order me some Neuralstem, some Ozanezumab, some GM604 and some Tirasemtiv. The pharmacist looks at me like I am a junkie, or worse, a record collector. No can do, hombre. Those drugs can’t be bought, and even if they could be bought, they couldn’t be sold. It is going to take at least a few more years before they hit the market. You know, as in, not in your lifetime. Consider that. The cure might exist, it is just blocked by red tape. The whole situation is starting to look a bit like this cartoon:

Then you learn that the whole matter isn’t as straightforward as you thought. That miraculously recovered stemcell patient is one out of twelve patients who were in a trial. The other eleven had no recovery: 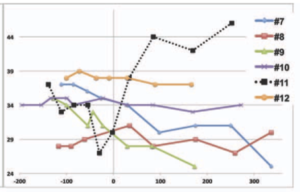 (taken from the stem cell test report)
The seven out of eight patients that responded were all the patients the novel drug was tested on. For twelve weeks only. Hmmm… You remember how, for instance, Bernard retained pretty much full functionality for at least the first four (!) years of his illness, whereas you were losing one key function each month after the first year.
What are the odds that “succesful” trials didn’t just have seven Bernards and one Garmt? Or worse – what if we did find the drug and tested it on seven Garmts and just one Bernard? Hmmm.. So that is why “they” want to test these medicines in at least two big studies before releasing them to the public. Also, releasing these medicines to the public earlier would mean that finding participants for your trial gets a lot harder. Why? Because scientists believe that the only way to see if a drug works, is by doing a placebo controlled trial. Meaning, half the group gets water, the other half gets the drug, then you hope to see a difference between the two groups. Nobody except research HQ and participating farmacies know who gets which. Who would take that chance when you could get the drug somewhere else?
What this all boils down to, is the following. I participated in a big trial, along with 302 other patients, spread out over 37 research locations across the world. A trial of this size costs serious money, we are talking tens of millions, plus the research done to get to this point… So if GSK wanted to make that bet, I figured I wanted to bet along with them. For a year, I spent every other Thursday in the hospital, getting tested and pierced and measured and crushed under the gravity of the situation. For a year, I got IV’s with the label OZANEZUMAB OR PLACEBO. In the last year that I could walk, I made my way to the hospital every other week, so “they” could see how fast I was dying.
I am glad that I did this, and I recommend every ALS patient to participate in at least one trial.
So the other week I got a letter. The trial is complete, so participants (those that are still alive, anyway) can be informed of whether they had the actual drug or the placebo. I would have gotten this letter in July, but they sent it to my old address. Hey, that’s OK. It puts the ALS Centrum at 99.5% errorfree, still leading the pack! (I estimate the revalidation center at 80% errorfree, my insurance at 70%, JoostZorgt at 65%, Kerstens at 50%, RDG Kompagne and Medipoint at 20%, and Beenhakker have managed to conduct a whopping 0% of our transactions free from error)
Anyway. The letter. It told me I had been receiving the placebo. In this study, my job was to die “normally”.
This is a disappointment, but not the disappointment I was referring to when I started this post.
The disappointment is this: It would not have made any difference if I had received the real drug. The trial failed to show a significant difference between the drug and the placebo. Failure. Disappointment. Wrong. No new drug for ALS patients. What we learned is another thing that does not work. It makes the search for our medicine seem like this.
http://evenwithals.com/wp-content/uploads/2016/08/even-with-als-logo-300x117.png 0 0 garmt http://evenwithals.com/wp-content/uploads/2016/08/even-with-als-logo-300x117.png garmt2015-10-13 14:17:292015-10-13 14:17:29Wrong