Garmt was experiencing ALS – so you don’t have to!

Made from paper. Tangible, flammable, wow!

Kick ALS in the balls, join!

Who am I and all things miscellaneous

… don't mean they're not after you. So we gotta keep running.

Earlier today. Sitting. Quietly. Outwardly, at least. Breathing. Hands in the mudra, my head racing, stopping every now and then in my belly, until I feel a hand on my shoulder. Bony but warm. I don't move but I can tell he's made an effort; dressed up and all. I ask, or say, rather: you're here for me. Yes, says Death. But not just yet, I think. Wow. We know Nick Cave has a communicative voice (the night Tjarda told me she was the second woman to leave me for a 10+-year older man (if I ever do become a songwriter no-one's going to believe my lyrics) I immediately put on Nocturama and finished the first bottle of wine by the time Wonderful Life was through – listen to that track and tell me you have ever heard a more beautiful way of expressing the beauty of sadness, or the sadness of beauty, who knows, but I digress) but the way this guy makes one "Yes" sound and feel is even beyond Nick (maybe even beyond Tom (ha, as if, keep trying, Death)). Back to his voice. Respectful. Knowing. Sad. Inevitable. Uniquely for me and yet the same for all of us. It comforts me, mostly. Odd. I feel my arm twitch (small movements; just yesterday my arm looked like a giant sausage with a live rat trapped inside, eating its way through) and ask him: is that you? No, he says, that's life. Enjoy it. We sit for a while there, together, he in his black robe behind me. We talk a bit, I remember saying: I was expecting the other guy. Oh, but you talk to him all the time, Death says, you just never sit down with him. Right.

We are quiet together for a while.

I think of an exchange between Rincewind, a character in Terry Patchett's books, and Death, who often comes for him but never succeeds, who utters in frustration when Rincewind has evaded his scythe once again: "You're just trying to delay the inevitable!". Rincewind says: "Isn't that what staying alive is all about?" When he leaves I feel grateful – for him leaving, for him coming here to get to know me. Or the other way around. Doesn't seem like such a bad guy. Or girl, if I can have a choice, I might prefer the image of Death that Neil Gaiman portrays in the Sandman comics. I shiver all over once he's gone – not from fasciculations. Perhaps it's a bit cold in here. Going back to the knot in my belly. It's tighter – I haven't cried in days now.

When the beep announces the end of my 25 minutes I get up and go back to the laptop – lots of work to do before the big meeting tomorrow, with the big professor, the biggest hope for some experimental treatment that will buy me extra time, delay the inevitable, and ultimately lead to a cure. 673 clinical trials for ALS treatments. Only a handful of relevant trials currently in phase 3, Edaravone being one of them, as an example. It was succesful in phase 2 in 2008. Two succesful phase 3 trials are usually needed before a medicine becomes avilable for all. This one might make it to the market in 2015. Or I can buy it on ebay – it's available for patients with other disorders. But taking it is probably illegal and disqualifies me for any other trial. Some drugs are on the "fast track" – meaning what, it'll just take 10 years instead of 20 to get approved? And – the cure might be in there somewhere. Really. We're diving into an enormous haystack, and if there is a needle in there, I am sure I will not find it. I am 100% certain that Ivo and Roland and Maurits and all the others who helped over the past two weeks will find it. DNA, arguably the biggest scientific discovery of the 20th century, was 'found' the same way: a small group of people going through available information and piecing it together one by one. To quote Gimli: Certainty of death. Small chance of success. What are we waiting for? With the people helping me right now – you gotta feel sorry for this disease. We're coming, better hide quick.

More cheerful times – last Friday, around noon, doorbell: Roland arriving. Just laying eyes on this man brings mirth, glee, a mischievous sense of "shit is going to go down, all the way down" (paraphrased from the big man himself, Miles Davis (keep going like this and in a few more mails I won't have any quotes or songlines left to throw out)). This is the person who has no formal training in biology whatsoever but who was second opinioning the diagnostic process real-time over email, on my first day at the ALS center, even as I was waiting for the blood tests to come back: "Why are they not testing for GM1 antibodies? They'd better not use the ELISA test for Lyme disease, those amateurs!" (both questions have a good answer of course but the fact that he was giving me input like this, probably while on a business conference call on the same time, that's how large his brain is, makes me feel warm and surrounded by friends that know me). This is the man who represents the ultimate in so many areas of life (self-improvement, creativity, intensity, intelligence, noncompromise) that it's truly a miracle we don't reach critical mass together and wipe Utrecht off the map whenever he's here. Never, ever, ever be off your guard when this man asks you, probably before you've even had coffee in the morning: who would you kill if you could go back in time? (hint: it's not Hitler. it's Aristoteles. Trust me.). So Roland has arrived. Man, I could and should write ten updates just about him, but you'd all be dozed off and crash your car as you're reading while steering with your knees driving 180 down the highway. C'mon, don't we all do that? No? Well, I will still be doing it even when I am paralyzed: LINK. No joke! Watch that! It's insane!

Life can't always be a big party though. I'm starting to get perspective, there's whole hours that we don't think about it, that things seem like normal. I gotta get back into a normal rythm or I lose touch with all you 9-5 types our there who have things like a day-night rythm and stuff to distract them from disease-stuff. Iris will go back to work part-time next week. I can't bear to think about it yet but it will be good for me eventually. And having a guy with a voice computer present the sales pitch must leave a lasting impression, at least. Ah, don't worry, I'll annoy you with my voice at least a few more months. So anyways it can't always be a big party. Tonight will be (or was, depending on when I send this out) a party – Thomas coming over with 48 oysters, fresh from France, which will pair nicely with the foie gras that my aunt dropped off earlier today. Jos coming over with some insane surprise he's trying (and succeeding) to get me worked up about. And he's bringing the champagne. I'm tired all the time these days (still not sure if it's the emotion or the riluzole and it's worsened by alcohol and it's starting to feel like every simple task is a huge chore and where's the energy to do anything at all these days man I'm closer to burn-out now than when I was working but hey, champagne? C'mon! Pop-pop!). Our two-week-research-marathon has ended up in a nice short list of questions for the professor. Ozanezumab or GM604 or GCSF? Or wait for the stem cells? Or get my hands on some Edaravone or Gilenya? What about Vitamin D and B12? Yesh, we've been busy, all of us.

Check out some nice pictures to get an idea of our past month: 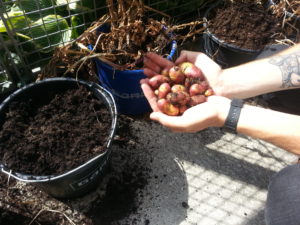 Potatoes from our balcony! 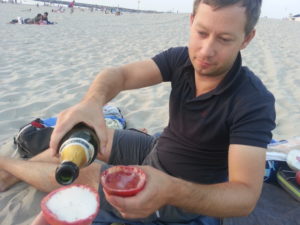 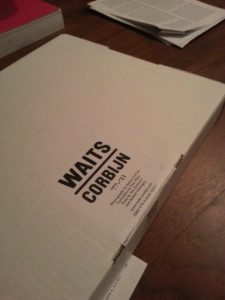 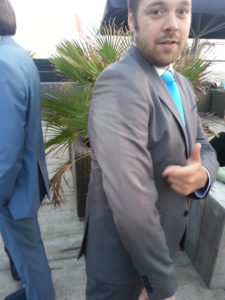 The most stylish suit ever seen at a wedding – uniquely sun-bleached at one side! 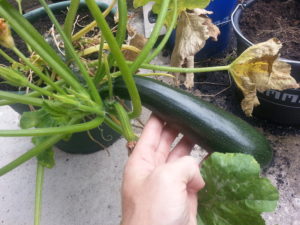 Courgette from our balcony – FTW! 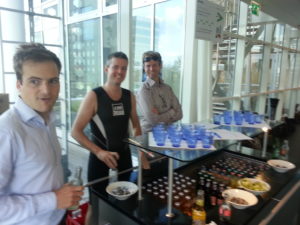 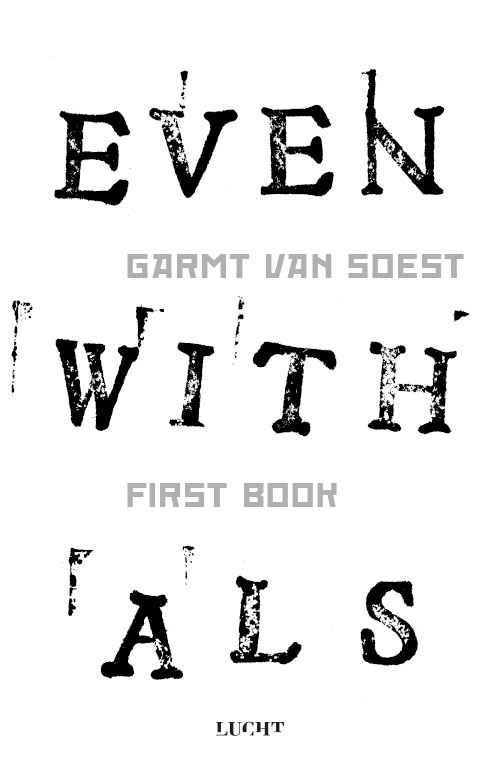 So here’s the book:

EVEN WITH ALS is the overhauled, revised, spellchecked collection of his blogposts. Furnished with more than a hundred footnotes, a foreword, epilogue and an extra appendix. Garmt curses, raves, fights, wins, sighs, cries, breaks, listens, sees, feels and shares. With powerful language and words that strike home, the book expertly punches you in the gut.

So get a move on. With a few simple clicks of a button, a piece of cake for those without ALS, the brand-new book will be making eyes at you from your mailbox in no time.

Convinced? Click here to buy it
Not a fan of paper? Read it all online, here!
I have the book, show me the extra content already. 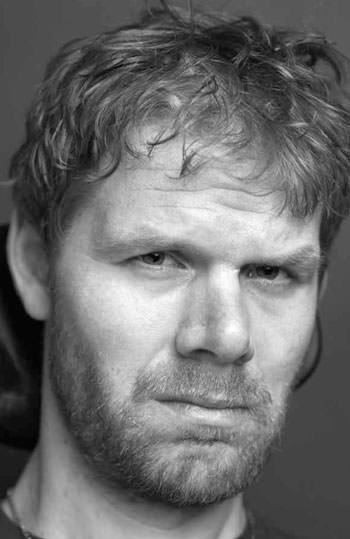 Hello, dear reader. ALS is currently incurable, but I’ll be fucked if I’m taking this lying down. I’m also trying to be realistic about this, but still, a bit of a battle does a person good every now and then. The fight I’m fighting is summed up pretty neatly here in this video (februari 2014).

There are a few ways you can help out with a small donation:

Sponsor James Faust as he participates in 4 races in 4 countries to raise money toward research.

While I swim, bike, and run, you can show your support by donating.

The biggest genome research project known to date. My biggest bet that we’ll find the cause. Once that is known, we at least know what we’re shooting for.

Of course, the big constant factor is the Dutch Stichting ALS; they welcome your annual donation; small or big.

Are you swimming, cooking, cycling or walking against als? do you know someone who is a millionaire and wants to make money? Mail [xyz-ihs snippet=”mailto”] or press the button.

My friend who’s really on top of the fight is Bernardus Muller and you can find him on https://twitter.com/BernardusMuller. His twitter feed is the best place to hear what’s going on with ALS. If anything can be done or if we or someone else have managed to achieve something, you’ll hear about it from him first. 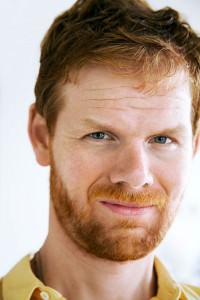 Garmt van Soest is a versatile manager with a strong background in business strategy and technology. He has advised Fortune 500 companies in the US and Europe since 2000. Garmt joined Accenture in 2010 as a Senior Manager in Strategy where he has been leading engagements in different industries, solving complex problems, advising on strategic direction setting and leading organizational transformation programs. Since his diagnosis with ALS his full-time job is to fight this disease with everything he and Accenture can muster.